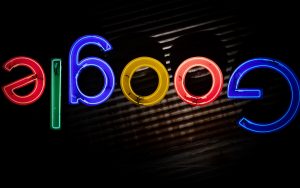 In the ongoing debate about regulation of big tech, Australia is leading the way in its recent attempt to develop a digital news code. However, the regulations are a double edged sword. Get it right, and you create a level playing field. But get it wrong and you become the reason for damaging your own industry.

The proposed laws hit the news in January with Google threatening to make Google search unavailable in Australia. This has been widely misreported as Google threatening to pull out of Australia altogether, missing the specific nature of the threat. It sounds like a big threat, but its not the worst they could do.

The worst outcome for Australia could be if Google complied with legislation.

The reason for this is that legislators continually misunderstand the nature of online services and the media. At Sharpe & Abel we still haven’t got over the painful and embarrassing images of American legislators trying to wrap their minds around the idea of Facebook.

There are four things legislators need to understand:

Australian Prime Minister Scott Morrison displayed a remarkable lack of understanding of the fact that online media can be delivered from anywhere to anywhere. He said,

“Australia makes our rules for things you can do in Australia. That’s done in our parliament. It’s done by our government. And that’s how things work here in Australia.”

The point is, Australia has control over what happens in Australia, but no control over what happens outside of it. And most of the internet is outside of Australia, including online news. Will Australia be able to regulate the relationship between Google and international news agencies such as Reuters, Associated Press and the good old BBC? Poorly written legislation has the potential to push non-Australian news sources to the fore. What if Google establishes its own news service supplied by non-Australian sources?

Google has built a science out of understanding how consumers use the internet. It responds to the needs of its users, and that is the secret of its success; effective use of data to deliver services consumers want.

Australia might try to stop Google, but will they stop Australians Googling? What if Google only switches off news results from its search? This is an unintended consequence of them complying with the legislation.

The risk of Australian media losing stumble-upon visits to their website is also risky. Organic visits are a key way to increase readership, making sure that a one-time visit becomes a long term relationship.

In addition, most of us have our favourite news sources, which may or may not be Australian. From Harvard Business Review to the Financial Times, from Bloomberg to New Scientist, most of us will follow at least one non-Australian news site, simply out of our own preference.

Given that we already prefer them, legislation may simply push us more towards our existing preferences, and Google will be quick to capitalise on that.

Legislators would be wise to remember the failed attempts to regulate peer-to-peer file sharing sites in the late 90s and early noughties. These sites became a mecca for people sharing music and film without paying royalties. All you needed was a decent internet connection to access an enormous library of illegal, but freely available entertainment.

Repeated attempts to legislate were quickly outmanoeuvred by technical solutions. For example, many file-sharers quickly adopted VPNs to allow them to connect undetected into jurisdictions with more lax legislation.

The solution was actually market driven. Services such as Netflix, Deezer and Spotify sprung up to fill the gap. Providing streaming services that gave access to the same library of music, for a cost that was comparable with the cost of the hardware you needed to download illegally. Without the hassle of downloading terabytes of data, no worries about enforcement and coupled with an innovative monthly subscription that makes the cost seem even lower, the legal version of Napster is now the norm.

They would also do well to remember the futile attempts at enforcing this legislation, which ended up with lawyers who attempted to enforce it in jail.

Australia is also making the same mistake as EU regulators are, by focusing on a few selected big players, rather than the overall state of the market. The EU has repeatedly attempted to but failed to regulate big tech, because the industry moves much faster than legislation.

They attempted to reduce Microsoft’s influence on the internet by preventing them bundling Internet Explorer with Windows operating systems, and forcing them to offer users the opportunity to switch browsers. Just a few years later, Windows gave away the latest version of its operating system, Google is the major internet force, and Chrome is now the dominant browser, a change which legislation had no influence on. By focusing on a few big players, you are bound to be forever reacting to legislation.

Posted in Industry and tagged Australia, google, tech and legislation
Back to All Insights
← The Big Holes in Critical Infrastructure ResilienceInfrastructure without tears… →

We help our clients avoid obstacles, optimise processes and focus on what they’re great at.