For industrial innovators and technical trend-setters 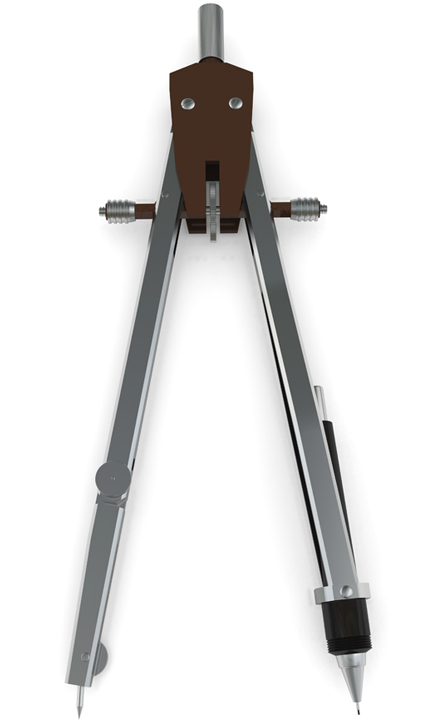 Sharpe & Abel are lawyers and strategists who pre-empt and solve problems for industrial innovators. We’ll help you to protect your work and take it to the world.

Unlike a Big Law firm, we think about you as something more than a six minute increment. Our legal and business expertise comes packaged as a supportive partnership.

It’s a winning combo to have in your corner. You can confidently move your organisation forward because you know we’re competent in law and speak the language of business.

At Sharpe & Abel we’re big on context and curiosity. We cannot do our best work unless we understand who you are, what you do and where you want go. Expect conversation. We’re genuinely interested.

Sure, we tick all the boxes. We’ll also guide you to think outside the box to realise those big plans. We’ll support you to secure your work, commercialise it, and take it to new markets - both at home and overseas. You get to focus on being the leader in your field.

Integrity is all-important to us at Sharpe & Abel. We like to work with people who value values; who play to win fairly.

Sophisticated strategists understand that the best solutions come from surveying what is needed, not just what the law says. Our duty to uphold legal principles is something we take seriously. At the same time we know that law and business are complicated beasts.

We’re adept at dealing with complexity. It’s our job to make life simpler and less uncertain for you. Your company has built something from scratch; there’s heart and soul in it. We love that. It inspires us to keep your business prospering.

Our team is a switched-on and capable bunch of qualified lawyers, consultants and strategists, with local and international experience.

We support intelligent industrial companies to operate at home here in Australia and to expand their global reach. There’s freedom in knowing that you can astutely grow your business, collect stamps in your passport, and do it all with justice on your side.

Established in 2012, Sharpe & Abel has earned its reputation as a go-to legal firm for the burgeoning industrial sector. We’re here so you can minimise risk and leverage opportunities to bring the world into the future.

Patricia Leahy is a leading authority in public private partnerships and privatisations. Prior to heading up the UK's National Audit Office's Private Finance Practice, she worked at the UK Treasury, Glaxo, Rothschilds and Schroders. While at the NAO, Patricia directed reports on the value for money of commercial transactions involving the public and private sector and was responsible for international knowledge sharing activities. Since 2009, Patricia has independently advised a number of clients, including the team negotiating Western Australia's Eastern Goldfields Prison PFI project. She is also a non-executive director of a Health and Care Infrastructure Research Institute and a Member of Network Rail.

Dr. Chandana is a widely-published and highly-qualified scholar in international business. He is currently attached to the Faculty of Business and Enterprise, Swinburne University of Technology as a lecturer at both undergraduate and postgraduate levels in International Business and has had a career spanning Sri Lanka, Sweden, the UK and Australia that has centred around teaching, research and acting as a consultant to industry. He has published numerous research and conference papers and co-authored a book on corporate social responsibility. Chandana's academic research encompasses corporate social responsibility, management controls of transitional economies, marketing, international business and research methodology. Chandana is accredited as a teacher in higher education by the Staff Education and Development Association, United Kingdom (SEDA, UK).

He has experience as Heads of Legal and Secretarial functions in several multinationals, private and public sector companies. He has occupied very senior positions like Chief General Manager (Legal) and Company Secretary, Director (Legal and Secretarial) and Vice President, Chief Legal Officer and Company Secretary (one-step below Board level positions) in those large companies. He has also served as Non-Executive Directors in several companies.

Presently Mr Mukhopadhyay is the President (Legal) and Company Secretary in the Hinduja Group (a multi-billion dollar transnational conglomerate operating in 30 countries having 45,000 people) in London and is involved in the Group's worldwide legal functions. He is also a Non-Executive Director on the Boards of several Group companies in the UK, Austria, Mauritius and British Virgin Islands.

In 2010, Mr Mukhopadhyay was nominated as one of the top 50 legal professionals in India.

In India, he was actively associated in various professional activities such as the Chairman, National Task Force on Law, Confederation of Indian Industry (the apex trade body); Member of Corporate Affairs/Company Law Committees of several other national-level industry bodies; Member of Government of India's Task Force on integration of various Laws; Member, Secretarial Standard Board of The Institute of Company Secretaries of India and Guest Faculty Lecturer in Law in several Indian Universities.

Abhijit is a prolific speaker on legal subjects and author of numerous articles on Law. In London, Abhijit is a Member of the India Business Forum of the Confederation of Indian Industry and Co-Chairman of the Advisory Board of Corporate Counsel Leadership Community in India.

Ryan Craft handles the qualitative and the quantitative, and humans and machines with ease and flair- nothing fazes him. Figure out the latest judicial pronouncement on the prevention principle in Australia, New Zealand and England? No problem. Interrogate our data bank to figure out whether we’re spending too much time on a specific matter? Easier said than done. Ryan holds a Bachelor of Commerce from the University of Western Australia and is well underway in completing his Juris Doctor at Monash University. He keeps our lawyers well supported and the cash coming in.

Melissa Kirby is a lawyer and strategist who likes difficult problems, wherever and whenever they might occur. She specializes in working with engineering and technical professionals, supporting clients and keeping their businesses safe through difficult times during the Asian Financial Crisis, the Global Financial Crisis and all the times between. Prior to founding Sharpe & Abel, Melissa was counsel at the NYSE listed multi-billion dollar company, Honeywell, advising its Automation and Control Solutions business group in the Asia Pacific, sub-Saharan Africa and Middle East regions and a director of its local subsidiary. Melissa has also headed up the legal, regulatory and compliance department of a major Australian utility company. She is fluent in English, Mandarin and Cantonese and holds an LL.B from the Australian National University.

Neeta Krishna Kumar slices and dices the most complex technical and legal concepts with the ease and elegance of a Michelin five-star chef. She takes the most lengthy, convoluted and confusing legal documents and produces clear, concise and commercially-astute advice that saves our clients dollars. Neeta is a world-class corporate lawyer, having advised on transactions valued over US$50B involving restructuring, mergers and acquisitions, and strategic investments for both foreign and domestic clients. Neeta runs our legal service delivery and makes sure that our clients get what they need when they need it. Neeta is fluent in Hindi and Malayalam and holds an LL.B (honours) from the National University of Advanced Legal Studies in India and an LL.M from the National University of Singapore.

Steve Long makes numbers dance. Steve uses mathematical and statistical tools to provide incisive insights that others miss. He also works with our lawyers to create robust and creative knowledge solutions that solve our clients’ problems. The insights that he has developed range from understanding the relationship between deliberate fire setting and environmental factors to the most strategic way for a client to turn an insolvency situation into a profitable long-term sales pipeline. Steve is one of a small number of Chartered Mathematicians in the world, and holds a first-class degree and Masters in Mathematics from the University of Warwick.

Brynda Tan turns concepts and ideas in to legally-binding documents like magic. If you think your transaction is too complex and too technical to be documented, Brynda will prove you wrong with just a focussed mind, a blank sheet of paper and a few hours. Prior to joining Sharpe & Abel, Brynda was a senior associate at the prestigious Malaysian firm Rahmat Lim & Partners, (in association with Allen & Gledhill LLP (Singapore)). She is fluent in English, Mandarin, Malay and Cantonese and holds an LL.B from the University of Leeds in the United Kingdom.